Rev 18:1  And after these things I saw another angel come down from heaven, having great power; and the earth was lightened with his glory.
Rev 18:2  And he cried mightily with a strong voice, saying, Babylon the great is fallen, is fallen, and is become the habitation of devils, and the hold of every foul spirit, and a cage of every unclean and hateful bird.
Rev 18:3  For all nations have drunk of the wine of the wrath of her fornication, and the kings of the earth have committed fornication with her, and the merchants of the earth are waxed rich through the abundance of her delicacies.
Rev 18:4  And I heard another voice from heaven, saying, Come out of her, my people, that ye be not partakers of her sins, and that ye receive not of her plagues.
Rev 18:5  For her sins have reached unto heaven, and God hath remembered her iniquities.

St. Alphius’ heart (c. 3rd century) — One of three Italian brothers who were martyred for their faith. They are celebrated on the Feast of the Three Saints.

Remaining bones of St. Saturninus (c. 4th century) — An apostle to the Gauls (modern-day France), he was put to death by being dragged by a bull.

St. Ubaldo of Gubbio (1160) — Medieval Italian bishop. His body is kept in a glass casket in his hometown and venerated.

St. Fernando III, King of Castile (1252) — Crusaded for Christianity throughout Spain; his body is on display in Seville.

St. Clare of Assisi (1253) — Founder of the “Poor Clares” order of nuns; her body is displayed in an Assisi church.

St. Margaret of Cortona (1297) — Champion of the poor, the nun’s body is on display in Cortona.

María Fernández Coronel (1409) — The “Lady in Blue” claimed she visited the Americas in spirit form, converting Native Americans in Texas, while her body remained in Spain. Her body is still in Spain, on display in Ágreda.

Margaret of Savoy (1464) — A Dominican sister who founded a convent, where she rests in a tomb.

Battista of Florence (1510) — Monk whose body was uncorrupted but later attacked by vandals; he was brought to Rome for repair.

Foot of St. Teresa of Ávila (1582) — Known for her devotion to the poor and her visions of Jesus; many parts of her were removed by followers after her death, which are venerated at different churches.

St. John of the Cross (1591) — A reformer in Spain, he was dismembered in death so that his legs and arms could be worshipped in various places.

Heart of St. Camillus de Lellis (1614) — Dedicated to the sick, he is the patron saint of hospitals. His relics are on display in Rome.

John of Jesus Mary (1615) — Worked with St. Teresa and St. John of the Cross for the “discalced,” or shoeless, orders of nuns and friars who took vows of poverty.

St. Leonard of Port Maurice (1751) — Missionary; his body is venerated at St. Bonaventure in Rome.

St. Frances Cabrini (1917) — Sent to New York to help Italian immigrants, she was first US citizen to be canonized. Her body is now enshrined under glass in the chapel at Mother Cabrini High School in Washington Heights. Her head, however, was removed and is in Rome; the head on the New York body is wax. 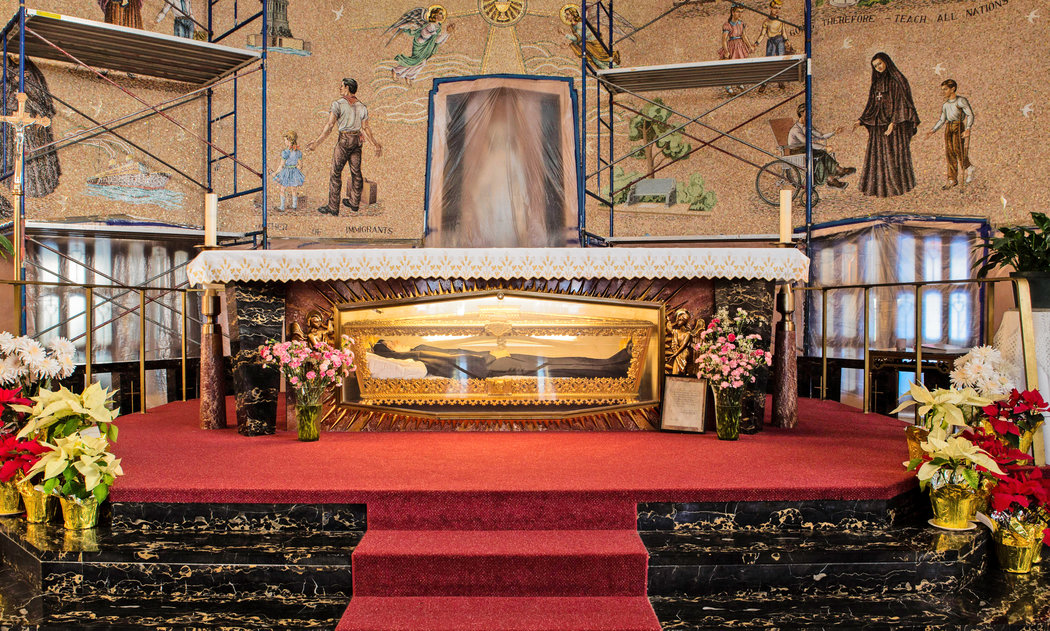 Savina Petrilli (1923) — Founded an order of the Sisters of the Poor in Siena; she is entombed there.

Pier Giorgio Frassati (1925) — Italian senator and social reformer. His body is on display in Turin.

St. Angela of the Cross (1932) — Known as “Mother of the Poor,” founded Sisters of the Company of the Cross in Spain. She’s entombed at a Seville convent.

Antonia Mesina (1935) — Italian martyr of virtue and purity; the devout Catholic was 15 when she was killed by a man trying to rape her.

St. Ursula Ledóchowska (1939) —Polish nun; her body is in a convent in Pniewy, Poland.

Gabriella Sagheddu (1939) — Italian nun known for her devotion to Christ. Her body is in a monastery near Viterbo.

Luigi (1951) and Maria Quattrocchi (1965) — First couple to be beatified together, they were organizers of many Catholic organizations. They are buried in a crypt.

Pope John XXIII (1963) — Pope who convened the Second Vatican Council; he was exhumed in 2000, mummified and put on display under St. Peter’s Basilica in Rome. 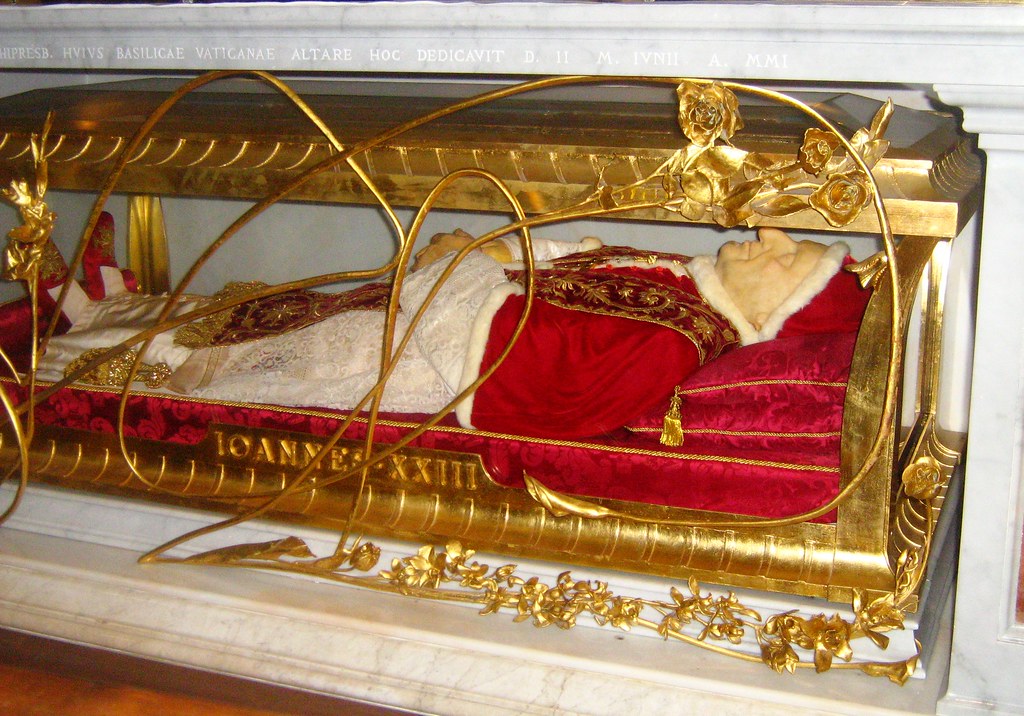 St. Pio da Pietreicina (1968) — Italian priest who was inflicted with stigmata (the five wounds of Christ) while praying. His body, which does not display stigmata in death, was on display in a church but has been moved to a crypt.

Cardinal Josyf Slipyj (1984) — Ukrainian anti-communist reformer; he died in Rome, but after the fall of the Soviet Union, his body was sent to Lviv for display.

In times like these, we need a savior. We live in a world where speaking the truth will put you...