If you read the Word of God you will find no scripture to support the use of symbols or images or statues in our faith. In fact, God even warned us not to use images in His law.

Exodus 20:4-5 …’Thou shalt not make unto thee any graven image, or any likeness of any thing that is in heaven above, or that is in the earth beneath, or that is in the water under the earth. Thou shalt not bow down thyself to them, nor serve them: for I the Lord thy God am a jealous God, visiting the iniquity of the fathers upon the children unto the third and fourth generation of them that hate me.’

“The use of temples, and these dedicated to particular saints, and ornamented on occasions with branches of trees; incense, lamps, and candles; votive offerings on recovery from illness; holy water; asylums; holydays and seasons, use of calendars, processions, blessings on the fields; sacerdotal vestments, the tonsure, the ring in marriage, turning to the East, images at a later date, perhaps the ecclesiastical chant, and the Kyrie Eleison are all of pagan origin, and sanctified by their adoption into the Church.” (An Essay on The Development of the Christian Doctrine John Henry ‘Cardinal Newman’ p.373)

Below is a small sample of pictures showing the link between Babylonian Paganism and the Roman Catholic religion. 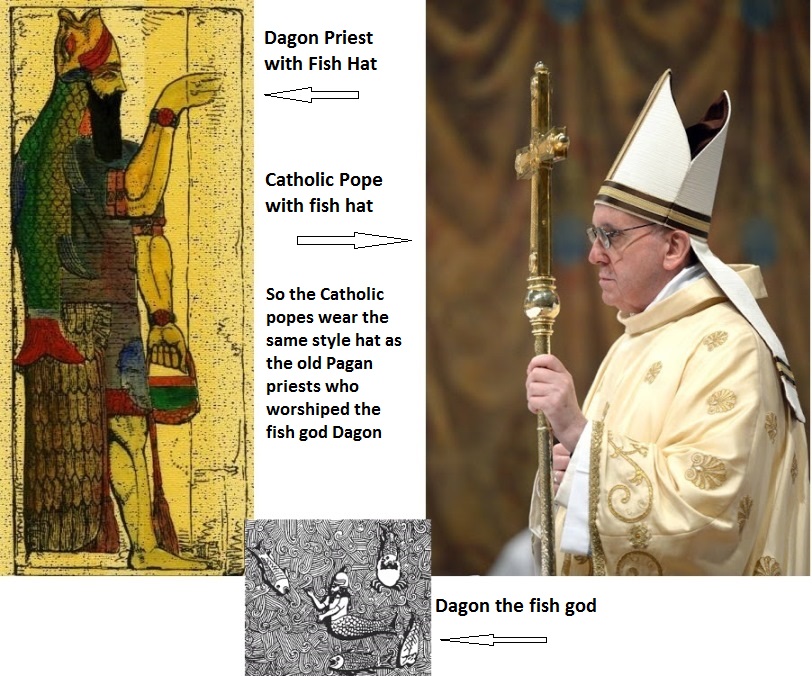 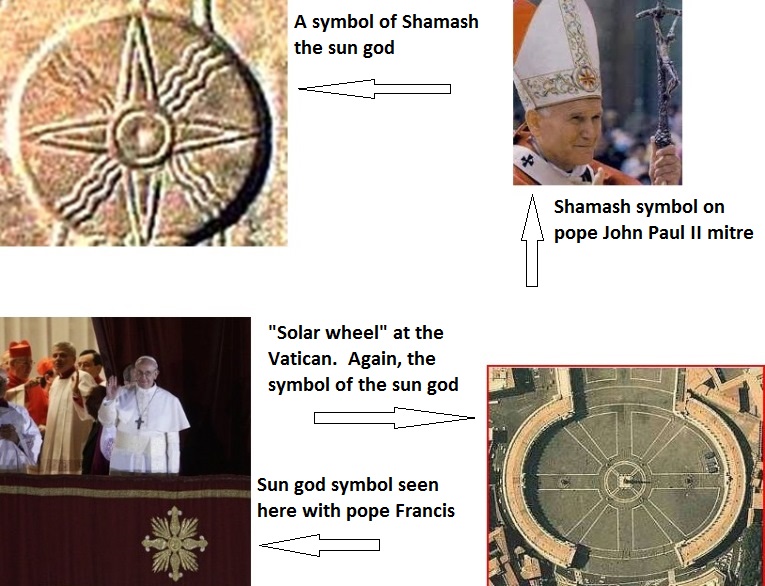 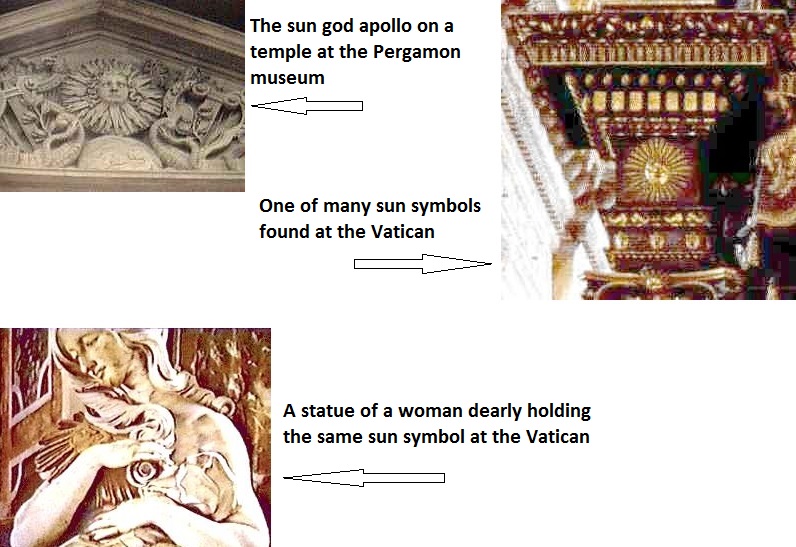 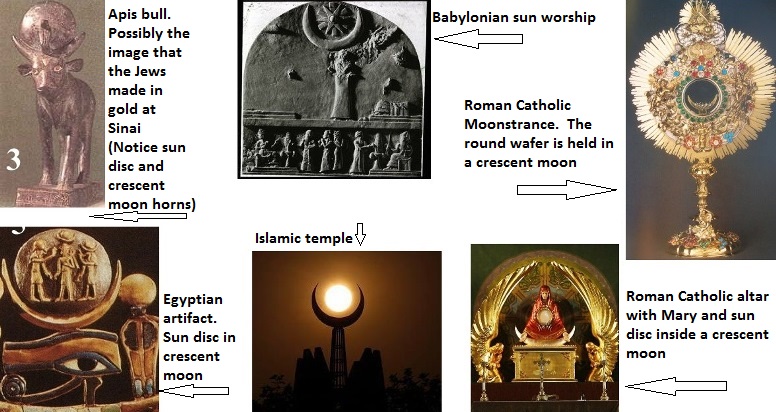 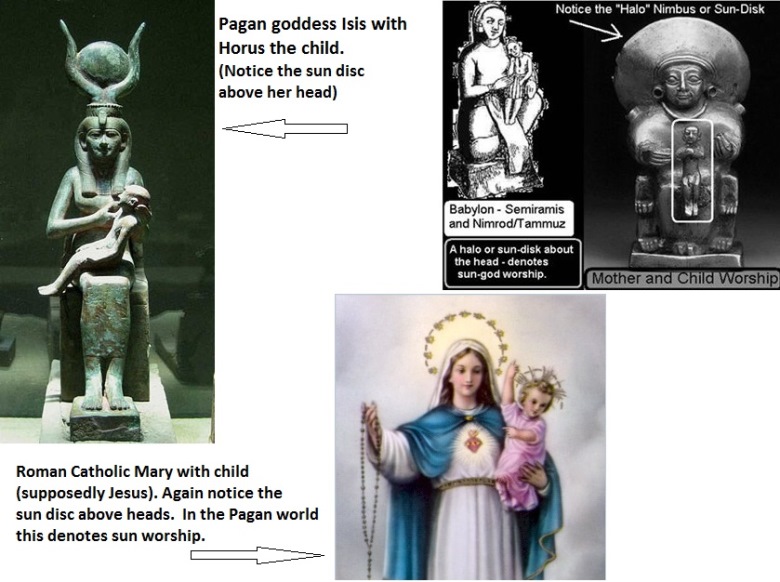 “It has often been charged .. that Catholicism is overlaid with many pagan incrustations. Catholicism is ready to accept that accusation and even to make it her boast .. the great god Pan is not really dead, he is baptized.” (The Story of Catholicism, p. 37)

“It is interesting to note how often our Church has availed herself of practices which were in common use among pagans .. Thus it is true, in a certain sense, that some Catholic rites and ceremonies are a reproduction of those of pagan creeds.” (The Externals of the Catholic Church, Her Government, Ceremonies, Festivals, Sacramentals and Devotions, by John F. Sullivan, p. 156, published by P.J. Kennedy, NY, 1942)

But the Bible reveals in the book of Revelation that the Roman Catholic Church is BABYLON, the MOTHER OF HARLOTS. She is a continuation of the old Babylonian system found in the Old Testament, which was the original rejector of God’s truth in favor of worshiping false gods.

COME OUT OF HER MY PEOPLE

Share
Facebook
Twitter
Pinterest
WhatsApp
Previous articleThis Tanzanian Pastor’s Legs Cannot Touch The Ground While Preaching
Next articleKuwait Men Should Take Christian Women As Sex Slaves To Avoid Adultery – According To This Woman
Bible Study
Join us on Facebook or Follow us on Twitter by clicking on the icons to get more updates. Have a question? Join our Forums and lets discuss. Consider sharing this article. It's that simple to spread the gospel. God bless you.