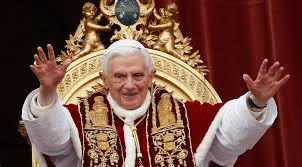 “An indulgence is a remission before God of the temporal punishment due to sins whose guilt has already been forgiven, which the faithful Christian who is duly disposed gains under certain prescribed conditions through the action of the Church which, as the minister of redemption, dispenses and applies with authority the treasury of the satisfactions of Christ and the saints.” (1983 Catechism ¶ 1471)

In short, when you go to the confessional-your sins are ‘forgiven’ but the ‘punishment’ is not-and you therefore still have to go through the punishment-hence an indulgence-a further forgiveness of the punishment.

Here the Catholic Church has clearly gone beyond her mandate and replaced Christ. A sinner has to under certain prescribed conditions through the action of the Church be forgiven an impending punishment of sins.

John 8:36: If the Son therefore shall make you free, ye shall be free indeed.

Christ has died for your redemption-if He sets you free you are FREE!!

Reading on they say; Sin has both eternal consequences and temporal consequences. As an example, if I were to take an innocent life, and died unrepentant, I would go to Hell. My going to Hell would be the eternal consequence of my sin. (But we know there is nothing like hell) Will people burn forever in hell fire?

If I were to repent and receive forgiveness through the Sacrament of Penance, the eternal consequences  — are no longer an issue because I receive the effects of His atoning Sacrifice (I will have been justified) when I reconcile with the Church through a good Confession. But I still have to pay for the temporal consequences of my sin because God is not only merciful, He is just.

The temporal effects of repented sins that are not paid for in life through the effects of natural law, personal penance, penance given by the priest at Confession, or mystical penances given to me by God, are paid for in Purgatory. St. Augustine, in City of God (A.D. 419),

See how the catholic Church is holding her faithful in ‘bondage’ to the traditions of the church and mere men! But in vain they do worship me, teaching for doctrines the commandments of men. Matthew 15:9

Someone is going to church to find Christ in repentance and the church yolks the person more ‘debts’ to be paid. So it is not enough for them to say you are forgiven, they add a scary ‘purgatory’ where people will go after death to ‘face’ a punishment for their ‘forgiven’ sins before they enter heaven.

Temporal punishments are suffered by some in this life only, by some after death, by some both here and hereafter, but all of them before that last and strictest judgment.

Purgation — the process of making satisfaction for debt caused by sin so that we may become perfect, divinized, and enter Heaven —

When we pray, give alms, fast, offer up our sufferings, etc. — we literally strengthen the Body of Christ in a mystical way! Christ Himself and all the Saints of 2,000 years (by the grace of Christ) have built up His Mystical Body and laid up a “treasury of merit” or “spiritual treasury,” as it is also called. In the same way we or others detract from the Body of Christ through sin, we and others add to this treasury — and receive the fruits thereof when we receive an indulgence, for we are one in the Body of Christ:

In other words, we are supposed to ‘do’ some stuff-good stuff-whereby a certain ‘bank’ or ‘treasury’ accounts our good works so that in that we get this ‘indulgence’. So it is like every time you do good you are ‘depositing’ these good deeds into your account so that when you die-the good is accounted to you in saving you some time from purgatory.

God plainly denies man’s will or efforts in salvation (John 1:13; Rom 9:16). These two texts are enough for those who tremble at God’s word. They are plain, powerful, and conclusive. Yet the first is generally ignored when using John 1:12, and the second is quite unknown to most men.

How Do I Accept Jesus Into My Life?

That the Church was given the power to forgive the eternal effects of sin through the Sacrament of Penance makes it easier to understand how the Church also has the power to alleviate the lesser, temporal effects of sin. The Church whose priests were given the authority by Christ to forgive the guilt of sin and thereby, by the Blood of Christ, eliminate the eternal punishments for sin, surely also has the authority to pardon the temporal punishments of sin.

Have you seen that blatant blasphemy?

But note that Jesus had stated His reason for healing the man. It was not primarily an act of mercy on the man, though mercy for his health was no doubt involved. But more than that, He said it was so they would know He had power on earth to forgive sins. It would confirm His word and prove the truthfulness of His claims.

The point is that, whether He spoke a man’s sins forgiven or healed him of paralysis, either act would require the power and authority of God. Hence, if Jesus claimed He could forgive sins and then raised the man, this ought to prove to any honest mind that His claim to forgive sins was also valid.

Lets look at some points here they allude;

Now, suppose there are two children. One child steals the candy bar and then dies. The other child — his brother, say — wants to help pay his dead brother’s debt, so he pays back the store in the name of his dead brother.

Can you believe such doctrine? And here is where Catholics pray for the dead-to save them from the ‘punishment’ in purgatory. Please read –State of the Dead

An indulgence can be either partial. A partial indulgences removes part of the temporal punishment due for sins. A plenary indulgence removes all of it. This punishment may come either in this life, in the form of various sufferings, or in the next life, in purgatory. What we don’t get rid of here we suffer there.

Share
Facebook
Twitter
Pinterest
WhatsApp
Previous articleProof that Dr. Owuor is another FRAUD
Next articleNairobi estate where churches and brothels ‘contest’ for members
Bible Study
Join us on Facebook or Follow us on Twitter by clicking on the icons to get more updates. Have a question? Join our Forums and lets discuss. Consider sharing this article. It's that simple to spread the gospel. God bless you.