Easter is a Pagan celebration that God HATES

Easter is the transliteration of the name ISHTAR, a pagan goddess. 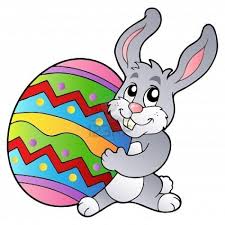 Easter is not Passover [feast of unleavened bread Ex. 12].

“Does the following sound familiar?—Spring is in the air! Flowers and bunnies decorate the home. Father helps the children paint beautiful designs on eggs dyed in various colors. These eggs, which will later be hidden and searched for, are placed into lovely, seasonal baskets. The wonderful aroma of the hot cross buns mother is baking in the oven waft through the house. Forty days of abstaining from special foods will finally end the next day. The whole family picks out their Sunday best to wear to the next morning’s sunrise worship service to celebrate the savior’s resurrection and the renewal of life. Everyone looks forward to a succulent ham with all the trimmings. It will be a thrilling day. After all, it is one of the most important religious holidays of the year.”

“Easter, right? No! This is a description of an ancient Babylonian family—2,000 years before Christ—honoring the resurrection of their god, Tammuz, who was brought back from the underworld by his mother/wife, Ishtar (after whom the festival was named). As Ishtar was actually pronounced “Easter” in most Semitic dialects, it could be said that the event portrayed here is, in a sense, Easter. Of course, the occasion  could easily have been a Phrygian family honoring Attis and Cybele, or perhaps a Phoenician family worshiping Adonis and Astarte. Also fitting the description well would be a heretic Israelite family honoring the Canaanite Baal and Ashtoreth. Or this depiction could just as easily represent any number of other immoral, pagan fertility celebrations of death and resurrection—including the modern Easter celebration as it has come to us through the Anglo-Saxon fertility rites of the goddess Eostre or Ostara.These are all the same festivals, separated only by time and culture.” (The Resurrected Church of God by David C. Pack)

Jesus Christ, the center of the Christian faith, only ordained two commandments:

Jesus only taught us to keep two celebrations: baptism, which He himself obeyed; and communion, to remember His sacrifice for us. Both are to be done at any time and have no specific date.

The celebration of the pagan idol Ishtar feast was done in April, around the days of the Hebrew celebration of Passover and unleavened bread Exodus (12:1-20). Easter (ISHTAR/ASTHAR) is the goddess of fertility and was associated with rabbits (bunnies), eggs and feminine colors. Even when Christianity has tried to pair Easter with Resurrection by arguing that is a symbolism of passing through death to a new life in Jesus Christ, these two events have nothing in common.

The early church tried to syncretize both festivities. The “confusion” starts with Constantin the Pope in century III AD. He was secretly worshipping pagan gods, and thought that it would be a good idea to re-name and re-dress many pagan festivities into Christian celebrations. The excuse was to try and convert the pagans by re-naming their festivities. That did not change at all the meaning of those pagan rituals.

“About 200 B.C. mystery cults began to appear in Rome just as they had earlier in Greece. Most notable was the Cybele cult centered on Vatican hill …Associated with the Cybele cult was that of her lover, Attis (the older Tammuz, Osiris, Dionysus, or Orpheus under a new name). He was a god of ever-reviving vegetation. Born of a virgin, he died and was reborn annually. The festival began as a day of blood on Black Friday and culminated after three days in a day of rejoicing over the resurrection.” (Berry, Gerald L: Religions of the World, paperback, Barnes & Noble, 1956)

Exodus 12 portrays a symbol of what will be fulfilled in the crucifixion of Christ. The blood of the unblemished lamb painted in the thresholds as protection against the slaying of the first born in Egypt symbolizes the blood shed by Christ centuries later at the cross for atonement of our sins.  The Hebrew festivity of unleavened bread and freedom from captivity and the Christian celebration of Christ’s resurrection have nothing to do with fertility.

True followers of the Christian faith as given to us by Christ and the Apostles should know better. Christians who say they are filled with the Holy Spirit should be spiritually aware of all this and avoid at all costs to be involved with any of these celebrations which have nothing to do with Christianity.

God ordained His people to be clearly separated from the pagan customs of the world. He went as far as prescribing what to eat and how to dress in the case of the Jews. For Christians, Jesus resumed the Commandments in two fundamental directives. The early leaders of the church ordained very clearly the distinct behavior that a follower of Christ should have.

As mentioned in several texts, such as Encyclopedia Britannica 11th Edition Vol. 8 p.828:

“There is no indication of the observance of the Easter festival in the New Testament, or in the writings of the Apostolic Fathers…The first Christians continued to observe the Jewish festivals [God’s festivals of Leviticus 23], though in a new spirit, as commemorations of events which those festivals had foreshadowed. Thus the Passover, with a new conception added to it, of Christ as the true Paschal Lamb…continued to be observed.”

According to the University of Florida’s Center for Children’s Literature and Culture, the origin of the celebration — and the origin of the Easter Bunny — can be traced back to 13th-century, pre-Christian Germany, when people worshiped several gods and goddesses. The Teutonic deity Eostra was the goddess of spring and fertility, and feasts were held in her honor on the Vernal Equinox. Her symbol was the rabbit because of the animal’s high reproduction rate. In addition to Easter’s religious significance, it also has a commercial side, as evidenced by the mounds of jelly beans and marshmallow chicks that appear in stores each spring. As with Christmas, over the centuries various folk customs and pagan traditions, including Easter eggs, bunnies, baskets and candy, have become a standard part of this holy holiday. (News Discovery online. http://news.discovery.com/history/what-does-easter-bunny-come-have-to-do-easter-120406.htm)

Austin Cline, an Agnosticism/Atheism writer indicates in an online article that:

Two of Eostre’s most important symbols were the hare (both because of its fertility and because ancient people saw a hare in the full moon) and the egg, which symbolized the growing possibility of new life. Each of these symbols continues to play an important role in modern celebrations of Easter. Curiously, they are also symbols which Christianity has not fully incorporated into its own mythology. Other symbols from other holidays have been given new Christian meanings, but attempts to do the same here have failed. […] American Christians continue to generally celebrate Easter as a religious holiday, but public references to Easter almost never include any religious elements. […]“Ishtar”, which is pronounced “Easter” was a day that commemorated the resurrection of one of their gods that they called “Tammuz”, who was believed to be the only begotten son of the moon-goddess and the sun-god. (Austin Cline.  “Is Easter a Christian or Pagan Holiday? Unpacking the Pagan Elements of Easter” in  About.http://atheism.about.com/od/easterholidayseason/p/PaganChristian.htm)

All the fun things about Easter are pagan. Bunnies are a leftover from the pagan festival of Eostre, a great northern goddess whose symbol was a rabbit or hare. […]The early church clergy also tried to put a stop to sacred cakes being baked at Easter. In the end, in the face of defiant cake-baking pagan women, they gave up and blessed the cake instead.

Easter is essentially a pagan festival which is celebrated with cards, gifts and novelty Easter products, because it’s fun and the ancient symbolism still works. (The Guardian online, article by Heather McDougall 4/3/2010http://www.theguardian.com/commentisfree/belief/2010/apr/03/easter-pagan-symbolism)

It might well seem that many of the Easter activities are “fun”.  It is undeniable that it is all very attractive and entertaining: Lots of brilliant colors, chocolate, games… Children love it: they dress up and hunt for hidden objects; but that is not Christianity, nor does celebrating it displays any faith-based actions worth risking spiritual corruption.

What is also undeniable is that none of them have anything to do with worshipping Christ of celebrating anything related to the Christian faith. It is not only pagan, but a big commercial and spending event. Even more, Passover is a later “invented word” therefore also a bad translation to English.

In the King James Version Bible (Acts 12:1-4) it is Easter is mentioned correctly, as it is not referring to the Angel of Death passing over the Hebrews in Egypt or the Passion of the Christ, but to the Pagan festivity still celebrated by King Herod.

Other Bible translations have the passage incorrectly translated, attributing the pasha [pasach] to passover. The culprit for this error is William Tyndale.  The invention of the word “Passover” was done by William Tyndale (1494–1536), who transliterated the Greek word pasha πάσχα (Hebrew pesach) into passover, one can suppose due to the fact that the Angel of Death would “pass over” the doors of the Hebrews in Egypt.

However, Tyndale was clever enough not to use the word “passover” in his own translation of the Bible. Why? He invented the word!

All the above-mentioned facts allow me to firmly say that Easter is not a synonym of Passover, and it is not to be celebrated by Christians.

Pack, David C.: The True Origin of Easter, http://rcg.org/books/ttooe.html#
Via http://ntexido12.wordpress.com/2014/02/25/easter-is-a-pagan-festivity/
Share
Facebook
Twitter
Pinterest
WhatsApp
Previous articleThe Pagan Origin Of Easter
Next articleStory behind the song – I Surrender All
Bible Study
Join us on Facebook or Follow us on Twitter by clicking on the icons to get more updates. Have a question? Join our Forums and lets discuss. Consider sharing this article. It's that simple to spread the gospel. God bless you.