Vital Factors in the Choice. 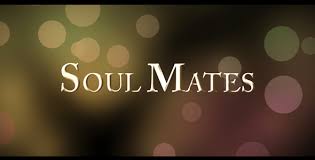 Great care should be taken by Christian youth in the formation of friendships and in the choice of companions. Take heed, lest what you now think to be pure gold turns out to be base metal. Worldly associations tend to place obstructions in the way of your service to God, and many souls are ruined by unhappy unions, either business or matrimonial, with those who can never elevate of ennoble. (24)

Examine carefully to see if your married life would be happy or inharmonious and wretched. Let the questions be raised, Will this union help me heavenward? will it increase my love for God? and will it enlarge my sphere of usefulness in this life? If these reflections present no drawback, then in the fear of God move forward. (25)

Most men and women have acted in entering the marriage relation as though the only question for them to settle was whether they loved each other. But they should realise that a responsibility rests upon them in the marriage relation farther than this. They should consider whether their offspring will possess physical health and mental and moral strength. But few have moved with high motives and with elevated considerations which they could not lightly throw off–that society had claims upon them, that the weight of their family’s influence would tell in the upward or downward scale. (26)

The choice of a life companion should be such as best to secure physical, mental, and spiritual well-being for parents and for their children–such as will enable both parents and children to bless their fellow men and to honour their Creator. (27)

Many marriages can only be productive of misery; and yet the minds of the youth run in this channel because Satan leads them there, making them believe that they must be married in order to be happy, when they have not the ability to control themselves or support a family. Those who are not willing to adapt themselves to each other’s disposition, so as to avoid unpleasant differences and contentions, should not take the step. But this is one of the alluring snares of the last days, in which thousands are ruined for this life and the next. (28)

Adapted to Each Other.

It is often the case that persons before marriage have little opportunity to become acquainted with each other’s habits and disposition; and, so far as everyday life is concerned, they are virtually strangers when they unite their interests at the altar. Many find, too late, that they are not adapted to each other, and lifelong wretchedness is the result of their union. Often the wife and children suffer from the indolence and inefficiency or the vicious habits of the husband and father. (29)
The world is full of misery and sin today in consequence of ill-assorted marriages. In many cases it takes only a few months for husband and wife to realise that their dispositions can never blend; and the result is that discord prevails in the home, where only the love and harmony of heaven should exist. By contention over trivial matters a bitter spirit is cultivated. Open disagreements and bickering bring inexpressible misery into the home and drive asunder those who should be united in the bonds of love. Thus thousands have sacrificed themselves, soul and body, by unwise marriages and have gone down in the path of perdition. (30)