At least 11 people have died and several more are missing in heavy flooding in central Vietnam.

The government has ordered local authorities to mobilize the army and police to rescue trapped residents following heavy downpours. 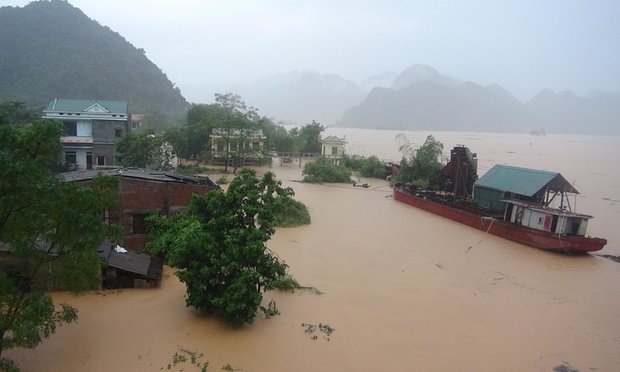 Officials say at least 11 had died in the flooding with some 27,000 homes under water in the region.

The death toll was seven in Quang Binh province. Conditions are however improving. Now safety troops can reach areas which were isolated by flooding. Strangesounds.org

Share
Facebook
Twitter
Pinterest
WhatsApp
Previous articleUFO expert found dead days after texting mum: ‘Your boy’s in trouble – if anything happens to me, investigate’
Next articleUS Again Attacks Yemen Coast, Despite Growing Doubts Over ‘Missiles’
Bible Study
Join us on Facebook or Follow us on Twitter by clicking on the icons to get more updates. Have a question? Join our Forums and lets discuss. Consider sharing this article. It's that simple to spread the gospel. God bless you.