‘I’m pregnant… and my baby is JESUS’: Teenager insists she is about to give birth to Jesus

A teenager has claimed she is pregnant and carrying baby Jesus – but even her own family and members of her church do not believe her.

The 19-year-old, named Haley, appeared on the Dr Phil show, and when questioned on her pregnancy, declared: ‘I am, and it is Jesus. No-one is going to deny him because he is my saviour.’

However, Haley’s mom Kristi has said her daughter is delusional, describing her as a ‘compulsive liar’ who is not pregnant at all.

Her family said that Haley has previously claimed that the rapper Eminem is her father, that she was a contestant on American Idol, and that she donated a kidney to her sick brother – suggesting she was only conceived for ‘spare parts’. 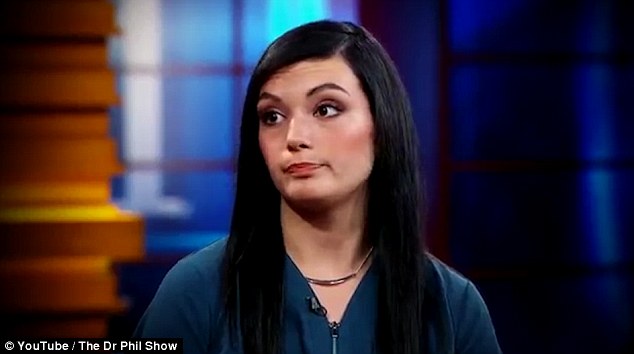 ‘The first time I heard her say that, she actually was saying it was Jesus Christ in her stomach. I looked at her like she had lost her mind,’ Kristi said.

‘She was just going off into a delusional tailspin.’

Although Haley does have a rounded stomach, the teen has undergone several pregnancy tests and a pelvic exam, which have all come back negative.

‘My family, my friends, my pastors at church, they don’t believe that I’m pregnant, but I know it’s Jesus,’ she said.

‘I know my pregnancy is real. I’ve gained at least 22 pounds. DailyMail

Share
Facebook
Twitter
Pinterest
WhatsApp
Previous articleEcosexuals Believe Having Sex with the Earth Could Save It
Next articleToday 4 November, 2016, The Paris Climate Agreement is going to Enter into Force
Bible Study
Join us on Facebook or Follow us on Twitter by clicking on the icons to get more updates. Have a question? Join our Forums and lets discuss. Consider sharing this article. It's that simple to spread the gospel. God bless you.