A prediction by influential Nigerian TV evangelist TB Joshua that Hillary Clinton would win the US presidential election has been removed from the his Facebook account.

Mr Joshua told his congregation on Sunday that he “saw” a woman winning.

After Donald Trump convincingly won Tuesday’s vote, visitors to the preacher’s Facebook page noticed the prophecy had been removed.

The wealthy pastor is known as “the prophet” to his many followers.

He is one of Nigeria’s best-known and influential evangelists – and is popular across Africa, with many top politicians among his flock.

The US election prediction was broadcast on Mr Joshua’s TV channel Emmanuel TV, which an individual uploaded to YouTube.

A section of that “prophecy” was posted on the preacher’s Facebook page but is no longer available.

“Ten days ago I saw the president of America with a narrow win… What I frankly saw was a woman,” it said. 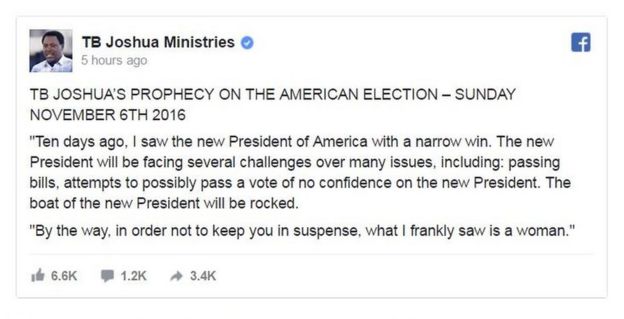 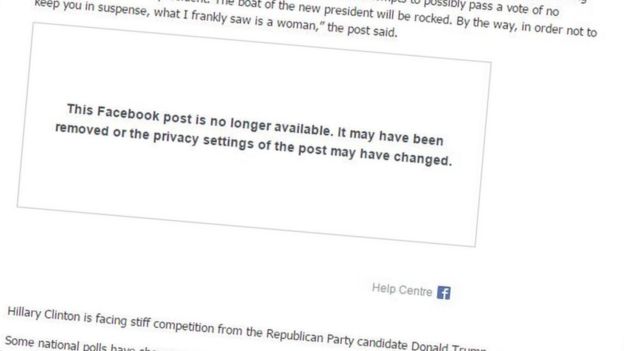 TB Joshua has been trending on Twitter across Nigeria, Ghana and South Africa as people shared memes poking fun at his prediction. 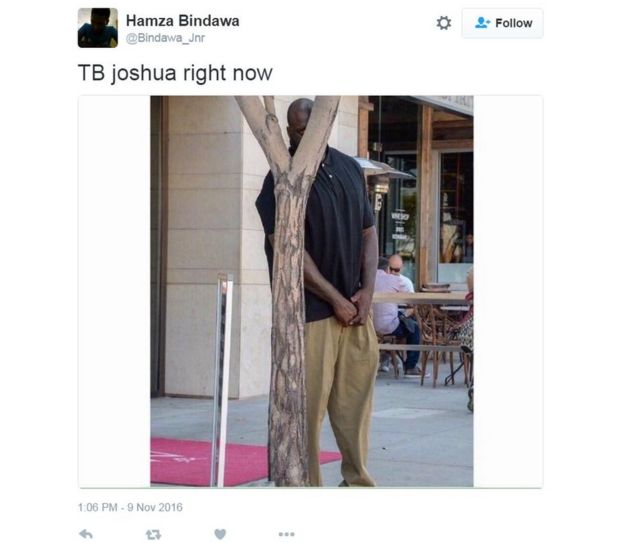 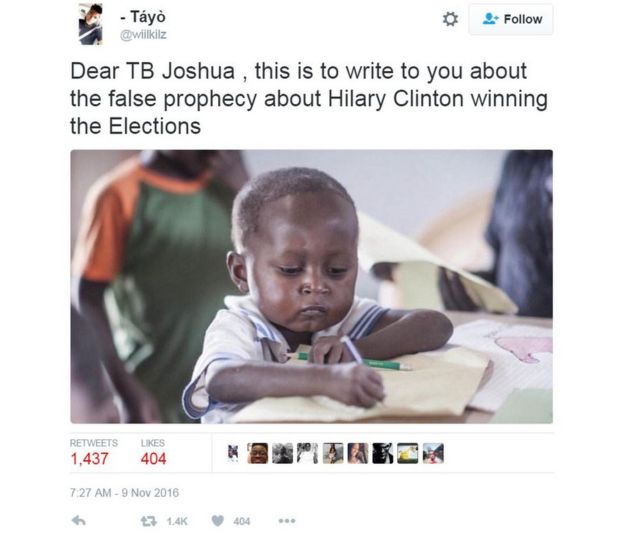 People have also taken to a Facebook entry he posted on Wednesday to complain.

Clive Mashiri from South Africa asked: “Why was the prophecy deleted? If this was uttered by the man of God, why remove it?”

Though some have defended him.

“I will always believe in your prophesies, through thick and thin,” said South African Gugu Mathonsi.

Many people believe TB Joshua has supernatural powers, which include healing and prophecy.

“Trump Will Be ALLOWED To Win,” Only to Be Blamed For The Coming Financial Crash

Mike Pence: 'We Need Jesus More Than Ever Right Now'