Popes declare salvation is only found in the Catholic Church

“Do not hold aloof from the Church; for nothing is stronger than the Church. The Church is thy hope, thy salvation, thy refuge.” St. John Chrysostom, Nicene and Post-Nicene Fathers, Series I, Vol. IX, Introduction to the Two Homilies on Eutropius, Homily II.

“The Saviour Himself is the door of the sheepfold: ‘I am the door of the sheep.’ Into this fold of Jesus Christ, no man may enter unless he be led by the Sovereign Pontiff; and only if they be united to him can men be saved, for the Roman Pontiff is the Vicar of Christ and His personal representative on earth.” (Pope John XXIII in his homily to the Bishops and faithful assisting at his coronation on November 4, 1958). 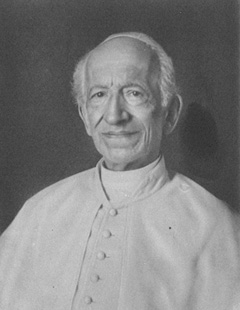 “This is our last lesson to you: receive it, engrave it in your minds, all of you: by God’s commandment salvation is to be found nowhere but in the Church; the strong and effective instrument of salvation is none other than the Roman Pontificate.” (Pope Leo XIII, Allocution for the 25th anniversary of his election, February 20, 1903; Papal Teachings: The Church, Benedictine Monks of Solesmes, St. Paul Editions, Boston, 1962, par. 653). 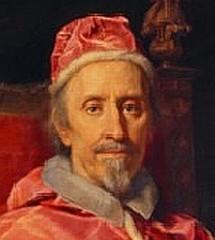 “The most Holy Roman Church firmly believes, professes and preaches that none of those existing outside the Catholic Church, not only pagans, but also Jews and heretics and schismatics, can have a share in life eternal; but that they will go into the eternal fire which was prepared for the devil and his angels, unless before death they are joined with Her; and that so important is the unity of this ecclesiastical body that only those remaining within this unity can profit by the sacraments of the Church unto salvation, and they alone can receive an eternal recompense for their fasts, their almsgivings, their other works of Christian piety and the duties of a Christian soldier. No one, let his almsgiving be as great as it may, no one, even if he pour out his blood for the Name of Christ, can be saved, unless he remain within the bosom and the unity of the Catholic Church.” (Pope Eugene IV, the Bull Cantate Domino, 1441.) 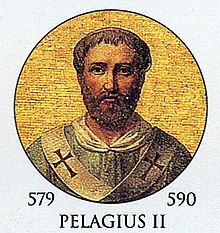 “Consider the fact that whoever has not been in the peace and unity of the Church cannot have the Lord. …Although given over to flames and fires, they burn, or, thrown to wild beasts, they lay down their lives, there will not be (for them) that crown of faith but the punishment of faithlessness. …Such a one can be slain, he cannot be crowned. …[If] slain outside the Church, he cannot attain the rewards of the Church.” (Denzinger 246-247)

“Now the holy Church universal proclaims that God cannot be truly worshipped saving within herself, asserting that all they that are without her shall never be saved.” (Moralia) Come Out of Her My People

Pope Boniface VIII in his Bull Unam Sanctam issued in 1302:

“We profess that there is no salvation outside the Church. …For the Church is the pillar and ground of the truth. With reference to those words Augustine says: `If any man be outside the Church he will be excluded from the number of sons, and will not have God for Father since he has not the Church for mother.'” (Encyclical, Ubi Primum)

Share
Facebook
Twitter
Pinterest
WhatsApp
Previous articleCatholic Quotes the Pope claiming to be God on earth
Next articleUS Secretary of State John Kerry Rebukes Israel, Calling Settlements a Threat to Peace
Bible Study
Join us on Facebook or Follow us on Twitter by clicking on the icons to get more updates. Have a question? Join our Forums and lets discuss. Consider sharing this article. It's that simple to spread the gospel. God bless you.