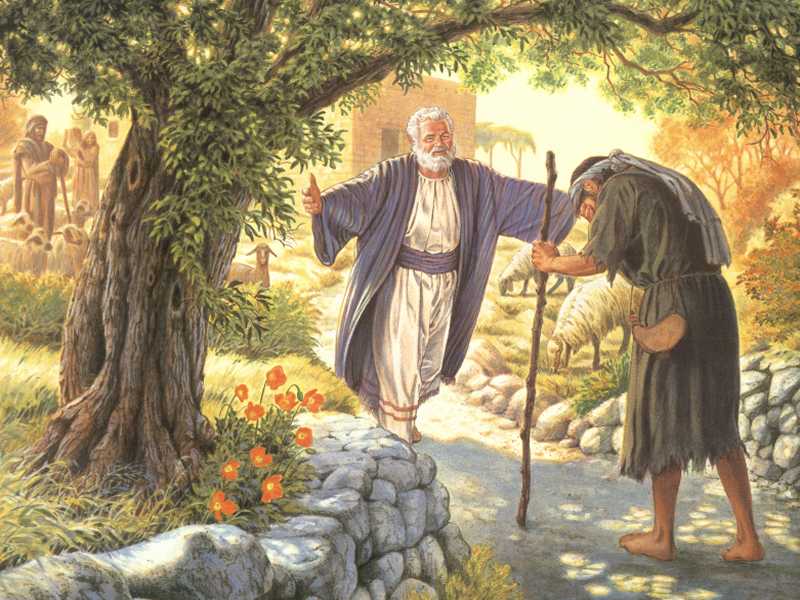 “Forgiving the unforgivable is hard. So was the cross: hard words,

“But God demonstrates His own love toward us, in that while we were still sinners, Christ died for us.”
Romans 5:8

You probably remember a man named Ted Kaczynski – the Unabomber. He’s the man who used to send mail bombs to people he didn’t like. He’s been in jail now for many years, but this week I read something I hadn’t known before.

After Kaczynski was put in prison, his mother, Wanda, was interviewed by someone associated with the Chicago Tribune. She told the reporter that she wrote letters to her son, Ted, every month. She shared her most recent letter at that time with the reporter.

“I want you to know, Ted, that when a child is born, the parents give them the gift of unconditional love for a lifetime. This is true of you. No matter what happens, my love for you will be there for a lifetime. Love, Mother.”

It must have been heartbreaking for her to write those letters because Ted had testified during his trial that she was a horrible person. In fact, he refused to even look at her as she sat in the courtroom. In spite of that, Wanda Kaczynski, wrote a letter to him every month telling him that she loved him. That story reminds me of a couple of other stories.

One of the stories is in the book of Hosea, God tells Hosea to marry a prostitute. God gives people of Israel a living object lesson that demonstrates how they are treating God. They repeatedly wander away from God to worship the idols and false gods of the people who live around them. But, like Hosea, God is not only willing to forgive and take His people back over and over again; He’s willing to go and find them and lead them back to their true beliefs over and over again.

Can you imagine how difficulty it must have been for Hosea to watch the woman he’d married destroying herself – not just once or twice either?

Have you ever known someone who repeatedly hurt themselves? Yes, most of us know someone who smokes or doesn’t exercise or overeats and those are self-destructive behaviors. But I’m talking about something more immediate.

Several of the folks I work with have a problem with picking at or pulling on their skin until they’ve made actual sores that hurt and bleed and potentially could become infected. One man has bitten his hands so many times that he wears braces to protect him from himself. One woman wears gloves all the time because without them she will pick at the skin around her fingernails until every finger is bleeding and sore. Even though these individuals know the pain that will come from their behavior, they continue to do it.

As staff, we often look at these individuals, shake our heads and ask, “Why don’t they just quit doing that? It must hurt. Why don’t they stop?” And then we clean, disinfect and bandage … and try to keep them from hurting themselves again.

When we read the Old Testament, we ask ourselves the same questions about the Israelites. “Why did they keep moving away from God and breaking His rules? Couldn’t they see that they were just going to end up being taken captive again?”

And yet, we very rarely ask those questions about our own behavior. “Why do I keep picking TV over reading my Bible? Why don’t I spend more time with God? Don’t I know that I’m damaging my relationship with God?”

Sin is self-destructive behavior that tears up our hearts and our spirits and separates us from God. But it doesn’t just hurt us. It hurts God, too. Even before we feel the pain of guilt and remorse, our behavior has broken God’s heart.

The other story I thought of was the parable that Jesus told about the prodigal son. Hosea chose someone who was already living a self-destructive lifestyle and, as an example of God’s redemption, loved her in spite of her behavior. The prodigal son was at least aware of his father’s love for him ,whether he chose to accept it or not.

“… He did not know that the best place in the world is home; for the home atmosphere had become disagreeable to him, because he could not be as independent as he desired. Any place looked better to him than home. Evil companions helped to plunge him deeper and deeper into sin, and a false excitement was kept up, and he imagined that he was happy in being free from all restraint. He had no one now to say: ‘Do not do that; for you will do injury to yourself. Do this, because it is right.’ But when his means failed, and he was obliged to take time to consider, he found himself without the bare necessities of life; and, to make his situation more trying, a famine had come upon the land.

“Starvation stared him in the face, and he joined himself to a citizen of the place. He was sent to do the most menial of work,—to feed the swine. Although this to a Jew was the most disreputable of callings, yet he was willing to do anything, so great was his need. Miserable and suffering, he sat in the fields doing his task. Because he had been unwilling to submit to the restraint of home, he now had the place of the lowest of servants. He had left home for liberty, but his liberty had been turned into the lowest of drudgery. (E.G. White, Signs of the Times, January 29, 1894)

When the prodigal son finally decides he’s had enough and makes up his mind to go home, his father is there waiting for him and welcomes him back, even though the son probably still smells like pigs. The father doesn’t care – his son has come home.

The question is, does God love anyone of us any less if we don’t come back to Him? The Israelites, as a nation, ultimately and finally rejected God…did He quit loving them?

In the final verses of Hosea, we read the promises of God through Hosea that confirm His love for not only the Jews, but all of humanity…no matter what.

“I will be like the dew to Israel; He shall grow like the lily, And lengthen his roots like Lebanon. His branches shall spread; His beauty shall be like an olive tree, And his fragrance like Lebanon. Those who dwell under his shadow shall return; They shall be revived like grain, And grow like a vine. Their scent shall be like the wine of Lebanon. ‘Ephraim shall say, “What have I to do anymore with idols?’ I have heard and observed him. I am like a green cypress tree; Your fruit is found in Me.’” Who is wise? Let him understand these things. Who is prudent? Let him know them. For the ways of the Lord are right; The righteous walk in them, But transgressors stumble in them.” Hosea 14:5-9

“Who shall separate us from the love of Christ? Shall tribulation, or distress, or persecution, or famine, or nakedness, or peril, or sword? As it is written: ‘For Your sake we are killed all day long; We are accounted as sheep for the slaughter.’ Yet in all these things we are more than conquerors through Him who loved us. For I am persuaded that neither death nor life, nor angels nor principalities nor powers, nor things present nor things to come, nor height nor depth, nor any other created thing, shall be able to separate us from the love of God which is in Christ Jesus our Lord.” Romans 8:35-39