Thousands of angry demonstrators flocked to Manhattan streets in the hours after Donald Trump was announced as President-Elect of the United States.

Fights broke out, flags were burned and small fires were lit as Trump’s opponents openly disavowed the Republican’s surprise win.

A futher thousand Chicago residents gathered outside the Trump International Hotel and Tower downtown, chanting “No Trump. No KKK. No racist USA”.

“I’m just really terrified about what is happening in this country,” Adriana Rizzo told Fairfax.

“I’m particularly concerned about the rise of white nationalism and this is to show my support against that type of thing.”

Protesters from New York to California chanted “not our president” and others held up signs that read “Shame on you America”. 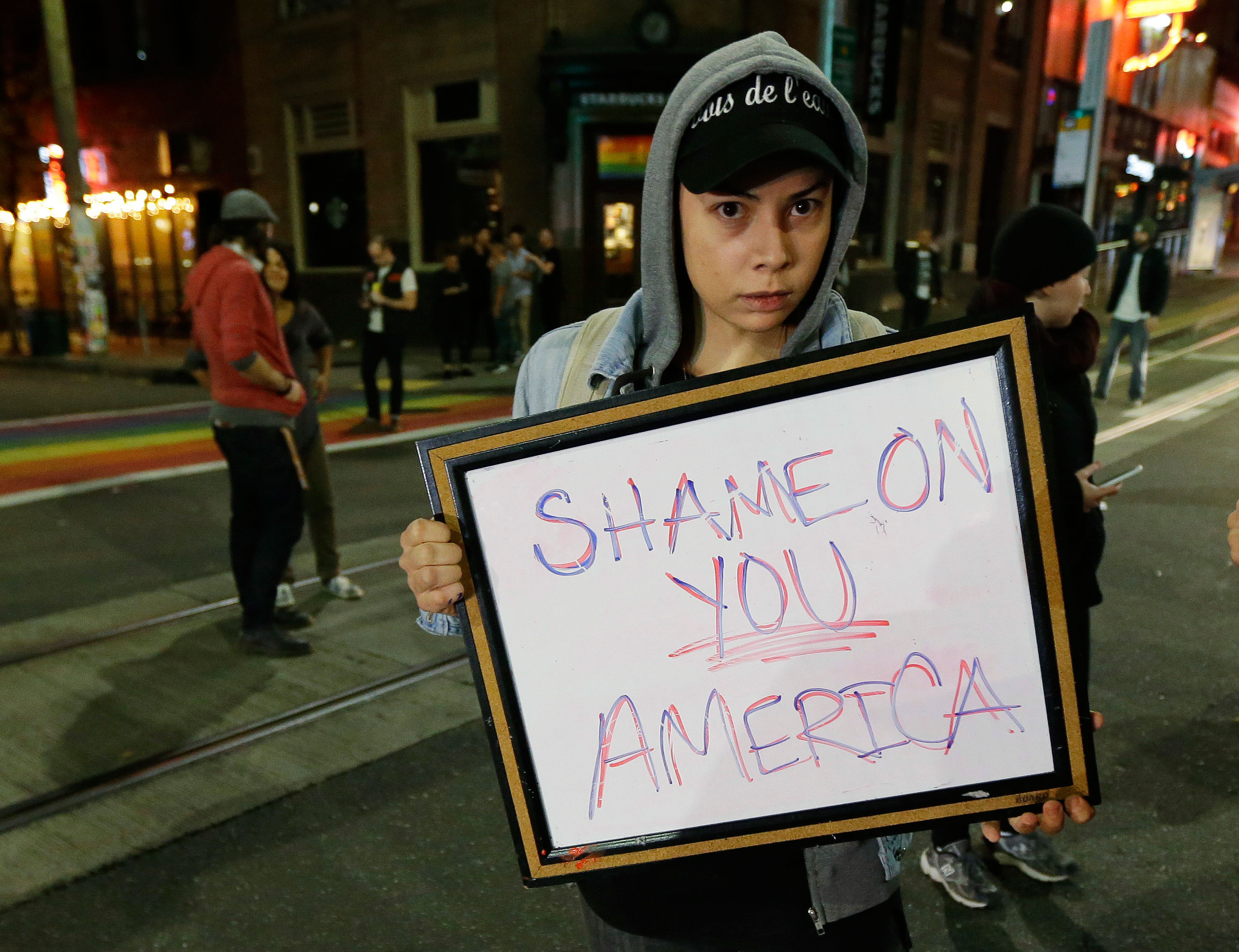 Thousands of aggravated UCLA students flocked traffic in California, protesting the election result, while “F**k Donald Trump” chants could be heard at the White House gates on the other side of the country.

#NotMyPresident march moves from the sidewalks into the streets as thousands chant and march from Union Square up to Trump Tower in NYC pic.twitter.com/KfDTrbvE6K 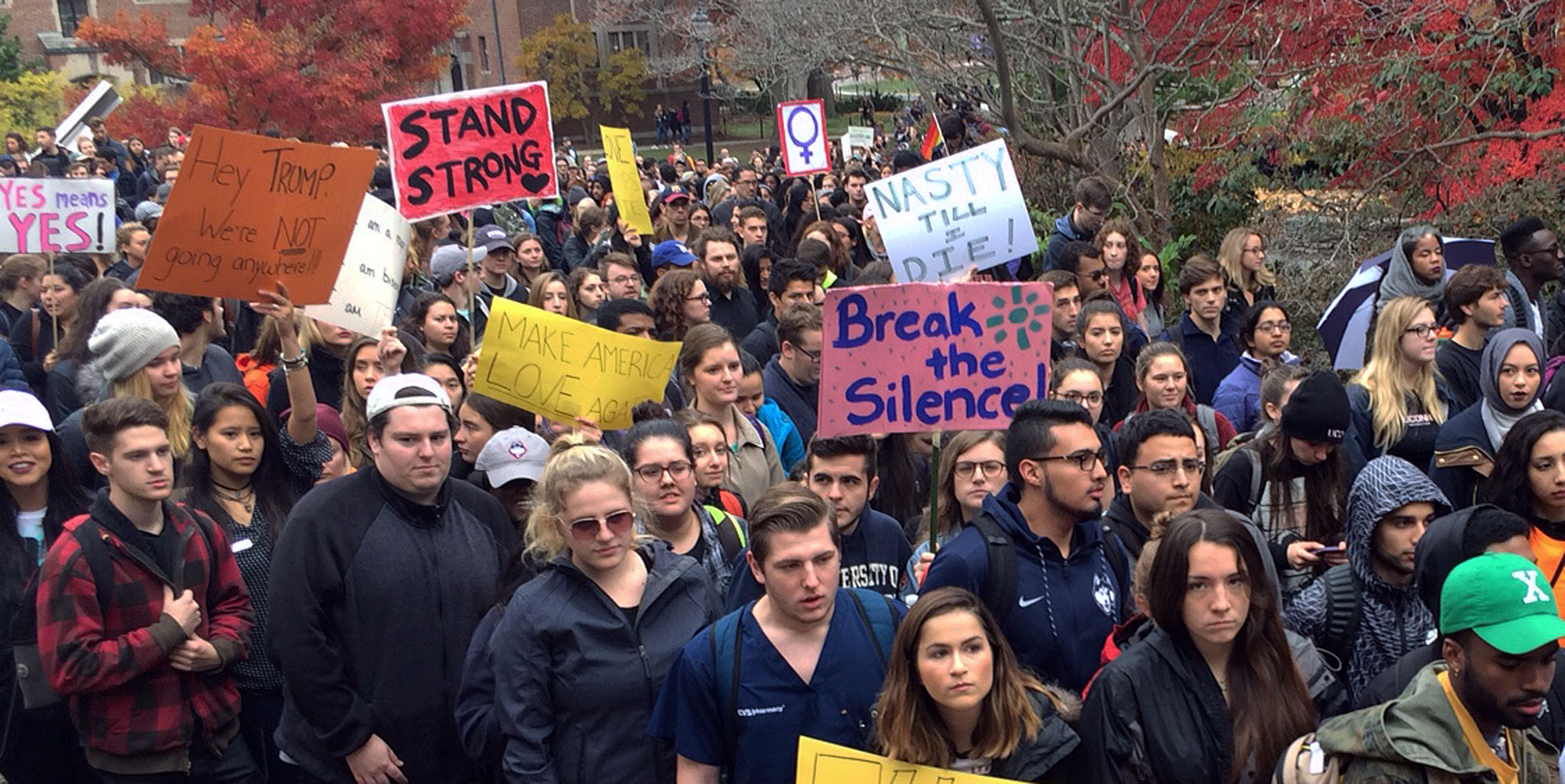 The demonstration exploded at about 1am (local time) when a Trump piñata was set on fire in a trash can outside a Westwood Boulevard store. 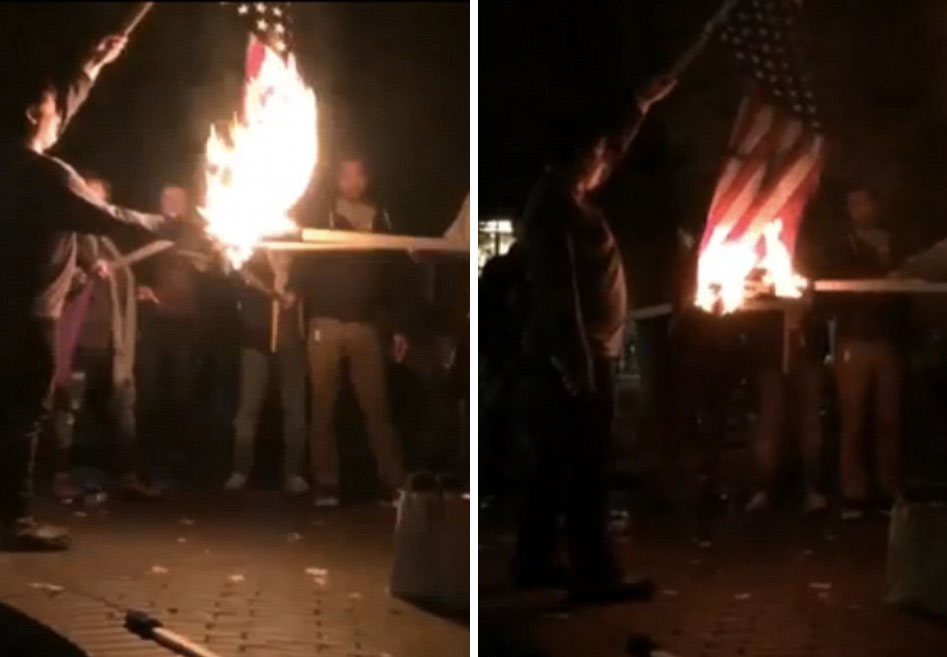 In Oakland 60 to 70 protesters gathered in the city’s downtown and a female protester who was blocking traffic suffered major injuries after being hit by a car on Highway 24, Highway Patrol spokesman Sean Wilkenfied said.

Streets of NYC taken over by anti-Trump protesters! #AntiFa pic.twitter.com/dq4SW5KHMn