In the late 1860s in the United States, shortly after the Civil War, which abolished slavery, a former slave owner is loading sacks of vegetables onto his wagon near the town square. Across the street he sees his former slave and yells out to him, “Get over here and load these bags onto my wagon now, boy!” 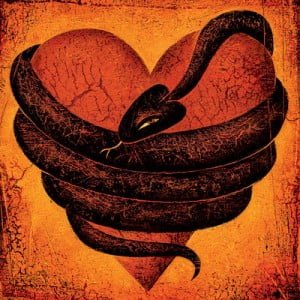 
The former slave, with flashbacks of being beaten and abused for disobeying orders in the past, runs over to the wagon and starts loading the bags.

The former slave master has no power over the slave now. Yet the freed slave has become a slave again, only because he believes a lie. There is no power or authority behind the former master’s threats or commands. Truth is, the slave is free now, if only he will stop believing in lies.

The former slave should not feel stupid. For 1260 years a religious organization manipulated and controlled most all of Europe, only because the ruling monarchs fell for the lies of this organization.

“If you do not give us your offerings you will burn in hell for all eternity.”

“If you do not do what we tell you, you will not go to heaven.”

Yes, this organization used force and it tortured and burned people at the stake, but it was only possible because the rulers fell for these lies! Fact is, they had no authority, and thanks to the Reformers, the truth set them free even amidst the torture racks and the stakes.

Satan had to lie to Eve because lies are all he has. He can’t force us to do anything. First he suggests that God has said they could not eat from any tree. “Yea, hath God said, Ye shall not eat of every tree of the garden?” Genesis 3:1 Even today, Satan always suggests that God is very strict and won’t let us do anything.

“You can’t have any fun” is what Satan likes to suggest. This is a lie.

Satan goes on to suggest that they will not really die for  eating the fruit. This is a twofold lie. Not only does his suggestion lead to spiritualism, it also suggests there are no real consequences for disobedience. Yet Satan’s biggest lie was when he told Eve, “For God doth know that in the day ye eat thereof, then your eyes shall be opened, and ye shall be as gods…” Genesis 3:5 Here Satan suggests that God is withholding something from them which would enhance their happiness. The lie implies that God does not really care for their welfare, and maybe Satan cares more about them than God does. That is why he is so “kindly” offering them this forbidden fruit.

If you think about it, most all of our sin and disobedience is motivated by this one lie, that God does not really care for us.

When you really believe God loves you, Satan’s lies have no power!

Let’s take a brief look at the Ten Commandments in the light of God’s love.

“I am the LORD thy God, which have brought thee out of the land of Egypt, out of the house of bondage.  Exodus 20:2”

Fact is we are free. Just like the former slave who fell for the lies of his former master, we are free unless we believe Satan’s lies.

During the Dark Ages, a religious leader who claimed to represent God on earth made a German ruler stand out in the cold three days, begging his forgiveness before the religious leader finally forgave him. (See Great Controversy, pp. 57-58) This was a gross misrepresentation of God. In Luke 15:20 we see what God is really like, as represented by the father who runs out to greet the prodigal son, while the son is still far away. This religious leader’s claim to represent God, while making it hard for the German ruler to find forgiveness is the greatest of Satan’s lies during the Dark Ages.

Satan’s biggest lie is not about the immortality of the soul. It is not about the change of the Sabbath to Sunday. Satan’s biggest and deadliest lie is that God does not love you and will not forgive you. This is why the first angel takes the everlasting gospel into all the world, and breaks the spell of this terrible lie. Every lie of Satan is founded upon the foundation of the lie that God does not love you. Once this lie is exposed every other lie of Satan falls, which is seen in the second angel’s message “Babylon is fallen!” All of Satan’s other lies collapse when we realize we are loved.

After the three angels comes a fourth angel in Revelation 18:1. When this angel comes the whole earth is lightened with his glory. It is the light of God’s love. Satan’s lies which have caused the world to experience the Dark Ages, have been removed and the world is lightened with the truth that God is love.

Share
Facebook
Twitter
Pinterest
WhatsApp
Previous articleAdventist pastor loses home in NSW bushfires
Next articlePastors now want AK47 rifles for defense
Bible Study
Join us on Facebook or Follow us on Twitter by clicking on the icons to get more updates. Have a question? Join our Forums and lets discuss. Consider sharing this article. It's that simple to spread the gospel. God bless you.