Sex and Marriage – Sacred or Sinful? 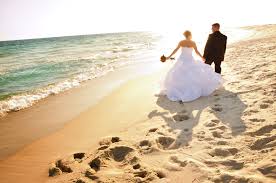 Woe unto them that call evil good, and good evil…Isaiah 5:20

I occasionally hear people, both single and married, tell demeaning jokes about marriage. For example, a Three Stooges fan told me about an episode where Moe asked someone, “Are you married or happy?” That’s a sad joke. While many of us are happily single, we can still appreciate happy marriages, and hurt with those in unhealthy marriages, instead of making jokes.

Marriages should not be known for unhappiness. Marriage reminds us of the creation and our Creator, just as the Sabbath and the weekly cycle do. Sex in marriage is a sacred gift from God. In this gift the Creator has shared some of His creative powers by giving to mankind the ability to procreate. It is something even the angels cannot do. Because of this, Satan spends a great deal of time trying to destroy the Creator’s intent in sex. One way he does it is by causing people to engage in sex outside the sacred covenant of marriage. Another way he does it is by causing people to make jokes about it.

I often hear people refer to sex as bad even though God intended it to be a blessing. I don’t think anyone appreciates sex more than God. After all, He invented it. And I believe He is happy when married couples enjoy good sex.

There are many spiritual lessons in healthy, sexual relationships. Some of these are seen in the Song of Solomon. Just the fact that the Bible says that “Adam knew Eve his wife; and she conceived” Genesis 4:1 gives us an idea of what it means to really know someone, and how intimate a relationship Christ wants with us.

Our God is a God of principle but He also created us to be passionate! He is passionate. We don’t call the week before the crucifixion “passion week” for nothing. Do you think that if our church would add a little passion to our principles we also could produce more Christians? God created passion and sex to help us understand God and His love. He also gave us marriage, so we could see that passionate love also has principles and faithfulness. While Solomon wrote much about the principles of a godly wife, He also wrote unashamedly, “let her breasts satisfy thee at all times; and be thou ravished always with her love.”  Proverbs 5:19

People complain about the sex in today’s movies. I believe that what makes something appropriate or inappropriate is not just the subject, but how and how often the subject is addressed. The Cosby show was appreciated by many Christian homes. The subject of sex was rarely discussed, but there were a couple of episodes where it was discussed quite openly. Many Christians appreciated those episodes because it was discussed tastefully. Sex was not discussed in every episode, so when it was introduced it was appreciated. The Cosby Show demonstrated how talk about sex can be wholesome in its proper place.

We don’t need to be afraid of sex, nor do we have to be obsessed with it. Sex becomes inappropriate, like anything else, when it is discussed too much or in an inappropriate context. And it is certainly inappropriate to make denigrating jokes about sex, because it is a gift of God. Like death, money and other topics, sex should be openly discussed, while keeping in mind that different people have different comfort levels when these things are discussed. One comfort level is not better than the other, but people are just different and react in different ways.

The way Paul writes about circumcision tells me this was not really a private matter at all to him. He even mentions Timothy by name as not wanting to be circumcised. Today some people would freak out if a person’s name was mentioned in such a discussion. In reading my Bible I have never found anything to make me believe that sex was a taboo subject as far as God is concerned. Moses wrote quite frankly about it, and I find no reason not to believe these words were read to the people in mixed company with children present.

A couple of years ago, a well-known speaker by the name of Nancy Van Pelt, came to our church to speak about sexual purity. Parents had their children present to hear the much-needed presentation. During the presentation I overheard an older gentleman sitting in the pew behind me, say to his wife, “They need to get the children out of here! She is talking about sex!” I chuckled to myself, because I knew children were her target audience.

A few years before that, a friend invited me to attend a men’s ministry seminar on sexual purity. The pamphlet said you had to be at least 17 to attend. I was a few decades over that. When we arrived at the seminar, we were surprised to find that it was way more than a simple sexual purity seminar. It was more like a workshop for recovering sex addicts! During the seminar I listened to men talk about when their addictions began. Many began at age 11 or 12 or sooner. I remembered the brochure saying you had to be at least 17 to attend. I thought to myself, this does not make sense. The problems begin at 11 or 12 but you have to deal with it on your own until you are 17? No wonder there is so much sexual dysfunction in the world and church today!

Some people talk about how “dirty” shows are today, and say that back in their day, Lucy and Ricky did not even sleep in the same bed. Honestly, I don’t think that is practical either. I don’t think that sends an appropriate message about sex and marriage to our young people. Like I said in an earlier post, we must avoid extremism. Taking sex to either extreme is from Satan, not from God.

There is a difference between sex and inappropriate sex, and there is an appropriate way to discuss sex openly and an inappropriate way. Sex is a part of life, and I believe that pretending sex does not even exist is not any more healthy and just as extreme as a sitcom as obsessing on sex. When my parents told me about sex, they did it as easily and openly as when they told me how to change the oil in my car. Talking about car maintenance should not be awkward, and neither should talking about sex be awkward.

God has given us the gift of marriage and sex. Paul says that marriage is honorable, and sex within marriage is undefiled. See Hebrews 13:4  Do not call evil what God calls good. God has designed His gifts to be great blessings within the context of the holy covenant of marriage.