Woman watched 10yo daughter raped & murdered then had sex with killer

A New Mexico mother did nothing to stop her boyfriend and his cousin from raping and dismembering her daughter, even as the girl begged for them to stop, police say.

Michelle Martens admitted that she sat back and watched her daughter, Victoria, be brutally killed by Fabian Gonzales and his cousin, Jessica Kelley, in August. She then allegedly had sex with Gonzales 20 minutes later.

The claims emerged across three interviews with police during which Martens told a series of conflicting accounts, KRQE reported. 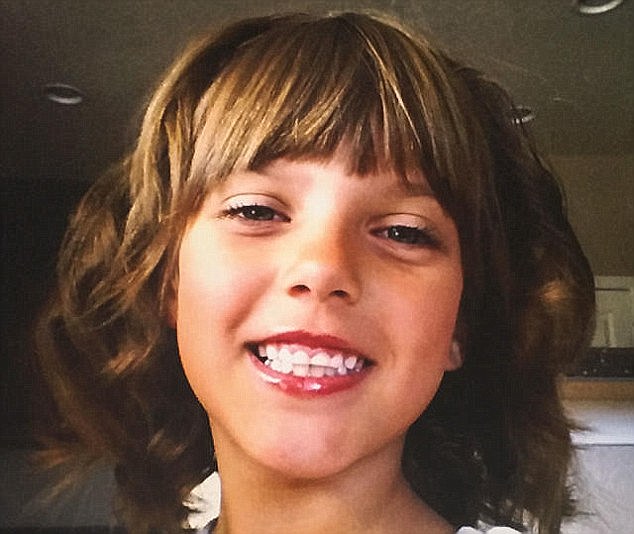 Murdered: Victoria Martens was dosed with meth, raped, strangled and stabbed on August 23, a day after her tenth birthday. Her dismembered body was found wrapped in a burning blanket.

Interview transcripts obtained by the station go on for more than 100 pages before Martens, 35, admits that she sat back and watched as her daughter was assaulted and killed at around 5pm on August 23, the day after her tenth birthday.

She initially claimed that she and Gonzales, 31, had been attacked by Kelley, a convicted rapist, in the night, and had no idea what had happened to Victoria.

As she fled the scene, Martens claimed, Kelley shouted ‘You daughter’s dead!’

But during the course of the interviews, that story changed: She then told cops that she and Gonzales had left Victoria alone with Kelley, and that the girl had died after taking some meth that she found.

She said that the pair disposed of Victoria’s body – which was found dismembered and wrapped in a burning blanket – and threatened to kill her if she told on them.

Police, doubting her tale, tricked her into believing that Gonzales was giving up the truth in another room.

Ultimately, she admitted the truth: That she had sat back and watched Gonzales and Kelley rape and murder her daughter, even though the girl begged for mercy, KTLA reported

And that wasn’t the first time, either – she admitted that she’d watched the pair rape Victoria on at least three other occasions in the days before she was killed, and that she thinks Gonzales had been abusing her for a month while she was at work.

Martens even had sex with Gonzales 20 minutes after the killing, KTLA said.

She told cops she enjoyed watching her daughter be violated, and had let two other men have sex with her in the six months before the murder.

The mom, who also has a son, named both men, but police have not confirmed if they are being investigated. Full story

Share
Facebook
Twitter
Pinterest
WhatsApp
Previous articleLeaked emails show Clinton tried to use ‘clergy’ to trick Trump into an apology
Next articleTop Cardinal : Islam wants to conquer the World and the West is letting it
Bible Study
Join us on Facebook or Follow us on Twitter by clicking on the icons to get more updates. Have a question? Join our Forums and lets discuss. Consider sharing this article. It's that simple to spread the gospel. God bless you.